When Saniya wrote Tach and the Cosanthor, it was her vision to take Tach the hurler’s legend global. So it was immensely exciting when Treasa from Ireland Calls radio station based out of New York, interviewed Saniya about Tach the hurler.
Saniya recalls when she first talked to Treasa, it was like talking to a longtime friend from Ireland. Treasa’s voice puts you immediately at ease and within seconds one feels  like you are in her living room having a chat over a cup of tea.

Treasa moved to NYC in 1986 and has always been very involved in the Irish Community. She has worked behind the scenes as a researcher helping with WNBC’s coverage of the NYC St. Patrick’s Day Parade and has now Co-Hosted eleven consecutive St Patrick’s Day Parade’s. During that time the parade has received 3 Emmy nominations.
Treasa Goodwin Smyth is also well known on the sporting scene. Over twenty five years, she has been the voice of the All Ireland Finals on Fordham University Radio WFUV.
Treasa was the first female in the world to be involved in the coverage of these great finals on radio.
Treasa is a registered Professional Nurse and a marathoner. She also coaches Camogie to young girls. She also volunteers at training women to run for a healthy lifestyle. And she is the past President of the NY Co Cork Association.

Tommy broke the mold of TV coverage, of the St Patrick ’s Day parade, when he became the first native born Irish person to announce this famed event. He followed this up by being chosen as Grand Marshal of the famed parade in 2008. Tommy has been behind the mic for more than 20 parades. In 2008 he was joined by Treasa and they became the first ever husband and wife team to announce the parade in it’s long history.

Ireland Calls has built up a loyal following in the Tri state area and is gaining traction worldwide now that the show is available on the net each Saturday on wvox.com OR irelandcallsradio.com at 6 pm NY time.   In 2015 Ireland Calls Radio Show was inducted into the Ireland Radio Hall of Fame

Click here to listen to the exciting interview by Treasa with Saniya, talking about Tach the hurler.

Synopsis
Meet Tach, the tremendous, trustworthy, totally terrific turtle! Tach is teaming up with his friends Kaw and Turwa for a new and exciting adventure! Tach is in a spot of bother. He wants to play games with his friends, but he’s terrified of getting hurt. He much prefers Story Time with Saltur. After all, nobody ever got hurt listening to a story, right?

When Anya interrupts Story Time with a warning of dangers to come, Tach is accidentally swept up in the adventure of a lifetime! Set in ancient times, Tach learns to deal with life’s fears through hurling, being taught by one of the last great warriors, a Cosanthor called Renba.

Where to buy the book:
Kindle for $9.99
Thewaditribe.com (Colour Interior. Get a signed copy from the author here)

Listen to the interview here

The legend of Tach has begun! An exciting new children’s hurling book for ages 6-11yrs. 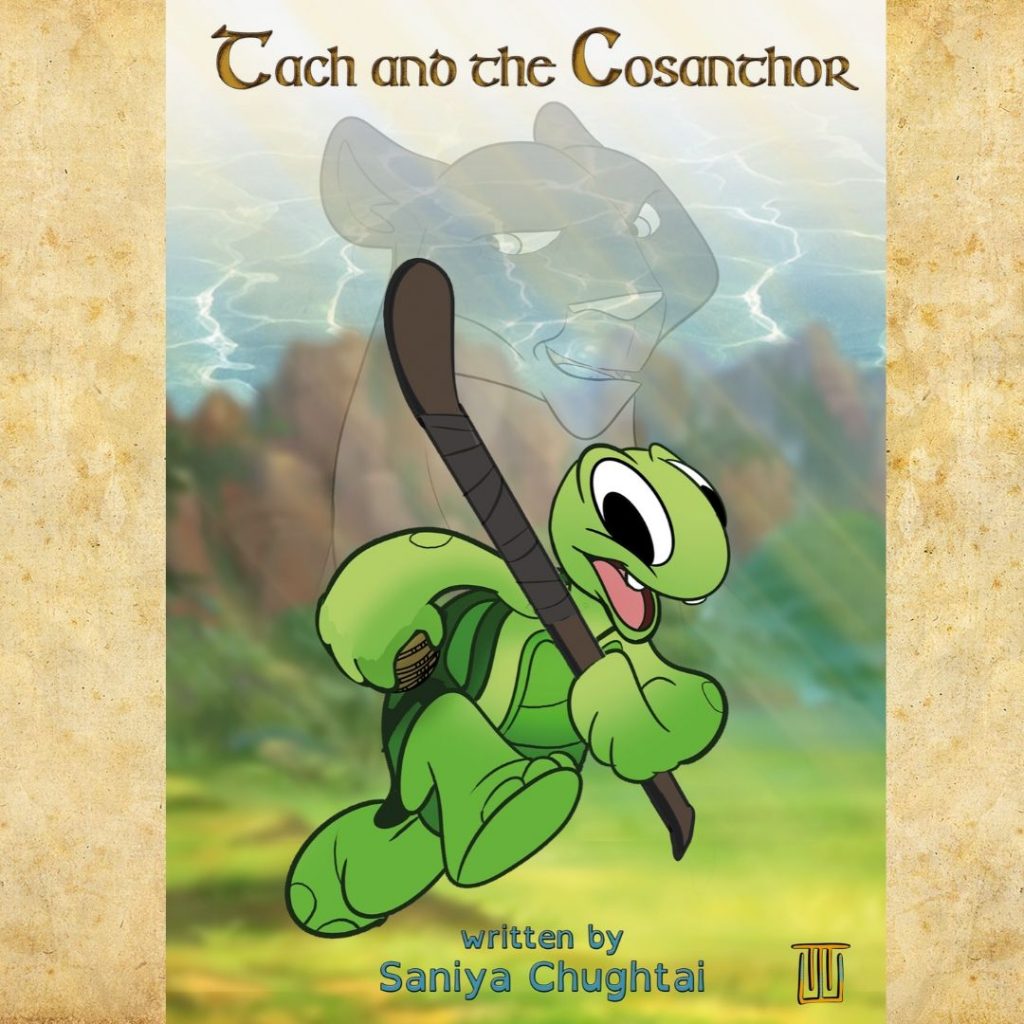