Tach is the news again!  Peter McDermott of The Irish Echo, New York interviews Saniya Chughtai about her new childrens book series about Tach the Hurler.

Tach is a wee little turtle who loves to daydream!

Tach, the tremendous, trustworthy, totally terrific turtle! He is teaming up with his friends Kaw and Turwa for a new and exciting adventure!

Tach is in a spot of bother. He wants to play games with his friends, but he’s terrified of getting hurt. He much prefers Story Time with Saltur. After all, nobody ever got hurt listening to a story, right?

When Anya interrupts Story Time with a warning of dangers to come, Tach is accidentally swept up in the adventure of a lifetime!

Set in ancient times, Tach learns to deal with life’s fears through hurling, being taught by one of the last great warriors, a Cosanthor called Renba. 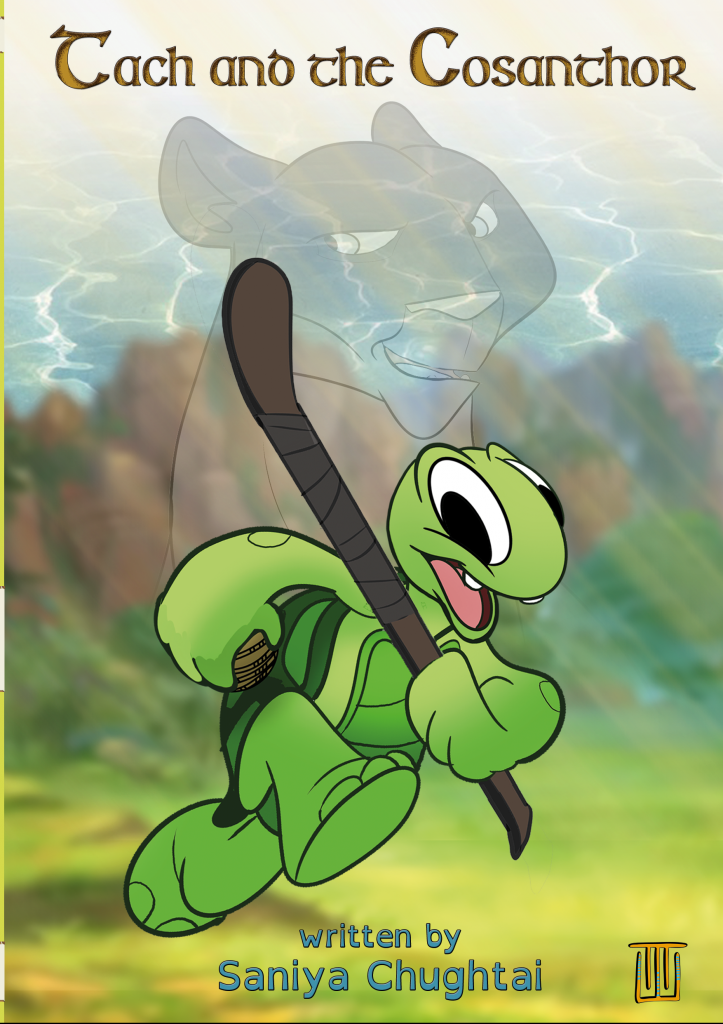